You are here: Home / recipes / How to prepare beets for the winter 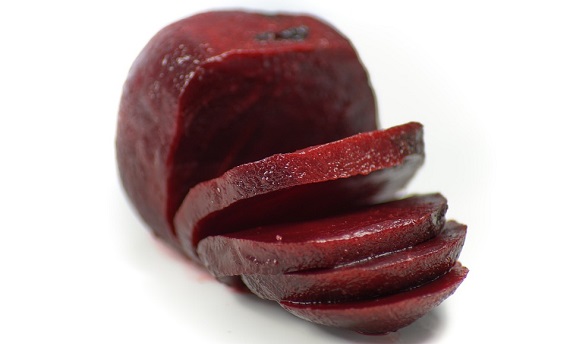 Beetroot (Beta vulgaris L ssp. Esculenta) is a medicinal plant that is consumed as a preventive measure for anemia, and it is also recommended when anemia has already occurred. It is rich in vitamin B12, but also other vitamins, minerals, carbohydrates, and fats and proteins. Eating beets, in addition to having a good effect on anemia, also has positive effects on the work of the digestive organs, the work of the brain and the work of the nervous system. The beet root is distinctly red. Beetroot is easy to digest, it is tasty, it is edible as a whole, therefore, the leaves are also edible.

This tasty and healthy vegetable is easy to digest, and apart from the roots, beetroot leaves are also edible. The leaves are tastiest in the period when they are bright green, up to 15 cm long. The leaves can be stored in the refrigerator for up to 10 days and in the freezer for up to 10 months, and are prepared in exactly the same way as spinach or Swiss chard. You can eat beets raw or cooked, in the form of salads, soups and sauces. Beets can be pickled, when consumed as a winter salad, and can also be baked in the oven.

The nutritional value of beets

Beetroot for the winter

Beetroot is the queen of vegetables for preparing winter food. There are two ways to prepare winter beetroot, with and without preservatives. We will give you the recipe for both, and you decide which one suits you better.

The first recipe, without preservatives, shows how to make beets in a completely natural way, but keep in mind that beets prepared in this way cannot remain uneaten for a long time, so they should be made in smaller quantities.

Recipe for beets without preservatives. Prepare 1 kg of beets, 100 ml of apple cider vinegar, 5 tablespoons of oil, salt, 10 cloves of garlic, 3 teaspoons of grated horseradish. Wash the beetroot well, then cook it with the skin until it becomes soft. When soft, take it out on a plate and let it cool, then peel it. While the beets are cooling, prepare the dressing by mixing apple cider vinegar in oil with about half a glass of water (about 100 ml). Cut the peeled beets into rings, no wider than a few millimeters, then carefully arrange such pieces in sterilized jars, then pour the liquid over the beets. After filling one jar, close it with cellophane, and only then with a jar closure. Onions and horseradish are your choice. Add them when arranging the beets. Store beets prepared in this way in the refrigerator.

Recipe for beets with a preservative. The beets that can be preserved are the beets that we see in the pantries of our mothers and grandmothers. For 20 jars, you will need 14 kg of beets. One jar has 700 gr. Wash the beetroot, clean it of excess leaves, then cook it for 3 hours. After it is cooked and cooled, peel it. Then cut it into thin rings. On the side, boil 9 l of water, 4 large spoons of salt, 1 l of vinegar, 12 large spoons of sugar, 20 g of preservatives (2 sachets). Pour this liquid over the beets arranged in the jars. Close the jars well and leave them overnight, then arrange them in the pantry. It is necessary to cool the jars at room temperature, never faster, never on the terrace or in the refrigerator, because they will not soften enough and will be hard. While arranging the beets, you can also add cloves of garlic or pieces of horseradish. Also, while the jars are cooling, you can cover them with a blanket, so that they cool as slowly as possible, and thus preserve them better.


Recipes with beets from a jar

Vitamin salads. There are many ways to prepare jarred beetroot salads. When preparing them, you can combine the ingredients you like. Know that beetroot can be mixed with sweet flavors, that is, with fruit, and that in those situations its taste comes to the fore. Most often, beets are combined with oranges and apples. One of the examples for a vitamin salad with beets is as follows: chop a dozen rings of beets taken out of the jar and add to them the juice of 1 orange, 1 chopped orange, 1 chopped (into rings) head of red onion, 2 tablespoons of balsamic vinegar, 1 tablespoon of chopped parsley, a little yellow sugar, a pinch of salt and a pinch of pepper. You can also use cumin as a spice. Kim goes very well with beetroot, it gives it a specific taste. If you have decided on a combination of beetroot and apple, finely chop the beetroot, then grate the carrot, apple and celery. Mix everything and season with vinegar and a pinch of salt. This grated salad is a vitamin bomb and is recommended for colds and flu.

Cold beetroot borscht soup. To prepare a delicious beet borscht, you will need: ½ kg of beets from a jar, 20 dl of beet juice, 20 dl of sour cream, 20 dl of yogurt, 2 pickled cucumbers, 1 small onion, 1 boiled egg, 1 spoon of chopped parsley, salt and pepper. Clean and chop the onion, chop the beets, cut the cucumbers into cubes. Mix everything together. Add the rest of the ingredients, but the parsley and egg only at the end. Keep in the refrigerator before consumption.