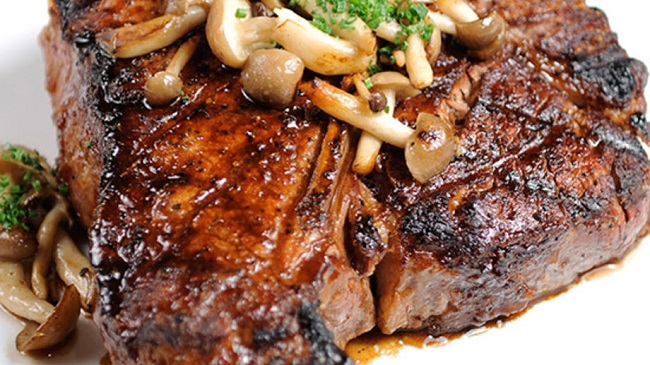 In addition to milk and eggs, meat is the main source of protein of animal origin.

Beef is the meat of a cow (female cattle) that has not yet calved at the age of 12-24 months. The weight can vary, approximately from 380-450kg. The flesh is usually light red to red in color while the fatty tissue is creamy white in color.

Veal is the “youngest” meat and can be divided into two groups. Meat of calves up to 8 months of age and calves from 8 to 12 months of age. The weight can be from 25 to 125 kg. The meat is mostly fat-free and very soft, and as for the color, it can be from light pink to grayish pink.

Beef is the meat of cattle older than 24 months weighing 450-500 kg. Adipose tissue is yellowish in color while meat is dark red in color.

Beef meat is classified as red meat and in combination with various vegetables you can get a very healthy and useful meal. In our region, beef is mostly consumed in baked or fried form. Minced meat is also used to make patties, meatballs, kebabs. We can also find beef jerky on the market, which is of good quality and tastes even better.

Buy beef (as well as other types of meat) exclusively from verified butchers. Always choose meat that is light red in color and is interspersed with white tissue. Avoid fatty parts of meat. If you can, always buy meat from animals that have not been fed concentrates or hormones. Wrap the beef in cellophane and be sure to store it in the refrigerator, in the cooler part, in order to prevent the development of bacteria on the surface of the meat. You can store pieces of meat for a maximum of 3-5 days, while freshly ground beef can be used within 48 hours, as it is more susceptible to the harmful effects of bacteria. These bacteria can break down the proteins and other substances in the meat. Do not refreeze once frozen meat, use it immediately. If you feel that the meat has changed color or smell, do not use it.

Energy and nutritional value of beef

Beef belongs to the meat of a slightly more expensive price range, but when we take into account the composition of the meat, we will see that it is better to invest a little more money for quality meat. Beef has many advantages over pork and chicken. It has less cholesterol than chicken, while compared to pork, it has more useful fatty acids. When we compare it with lamb, we will see that beef is less fatty.

As for the energy value, i.e. calories, 100 g of beef has 154 kcal (kilocalories). By far, it has the most protein – as much as 20.70 g per 100 g of meat. There are 2.60 g of saturated fatty acids, 3.77 g of monounsaturated fatty acids, and 0.35 g of polyunsaturated fatty acids. Among the vitamins, we would single out vitamin E (0.14 mg) and vitamins of the B group, especially riboflavin (B2), niacin (B3) and B12. This group of vitamins effectively prevents complications in the following conditions: diseases of the heart and blood vessels, anemia, headaches, depression, acne, for tissue regeneration, it is necessary for growth and development, problems with the stomach and digestive organs, problems with metabolism, stress… From carbon hydrates, there is very little sugar in beef, which is found in the liver and muscles.

Of course, with the increase in fat content in meat, the number of calories also increases. For example, 100 g of fresh beef with 10% fat has only 176 calories, while the same amount of meat with 20% fat has 245 calories, and with 30% even 332 calories.

In many diets, meat is represented as such, precisely because of its nutritional value. However, you should not mix proteins and, for example, starch. Although beef is healthy for our body, we must not exaggerate its consumption. It is best to consume 50-80 g of pure beef daily, of course if you are healthy and do not have any medical conditions. Certain studies have shown that people who suffer from cancer, or who have been cured of this disease, should be very careful about the intake of red meat in the body. It is best to consult a doctor to avoid numerous complications.

Red meat can sometimes cause increased blood pressure, increased cholesterol and increased fat in the blood due to the presence of saturated fatty acids, cholesterol and salt in processed meat. Experts note the importance of the way red meat is prepared. If you are cooking meat, it should not be cooked at high temperatures because it can form carcinogenic components. To avoid this phenomenon, it is best to cook meat at moderate temperatures, some types are even consumed raw. If you happen to burn your meat, be sure to remove the charred parts from the meat before eating.

We all know what a big role proteins play in our body, but it’s not out of place to repeat a few of the most important ones:

It should be noted that proteins of animal origin are much more valuable than proteins of vegetable origin.

The role of beef for human health

Beef is a source of the following minerals:

Selenium is a necessary element for the proper functioning of the human body. Research shows that around 40% of the population in Serbia suffers from selenium deficiency in the body. Selenium deficiency in men can adversely affect sperm motility. People who have less selenium in the body are more susceptible to cancer than people who have a satisfactory level of selenium. Although pork is the richest in selenium (11.6 micrograms per 100 g of meat), the amount contained in beef is not negligible either (9.1 micrograms per 100 g of meat).

Zinc is a mineral that is essential for the growth and functioning of the human body. Zinc is distributed to organs that are constantly growing and renewing (liver, teeth, bones). The liver, due to its role in the body, consumes the most zinc, while the bones store it and it is not consumed quickly. Lack of zinc can cause chronic fatigue, weakening of immunity, in children it can lead to growth problems, mental illnesses

Phosphorus is required for normal nerve activity as well as for proper heart muscle contractility. Stocks of phosphorus are found in bones and teeth.

Iron is an integral part of hemoglobin, which transports oxygen in the blood. It is an integral part of enzymes that regulate cell growth. Every organism has iron reserves, and when they are used up, some serious diseases can occur. Red meat, which includes beef, is an excellent source of iron. It should be noted that organic iron found in beef is five times easier to use than inorganic iron from plants. Of all types of meat, beef contains the most iron. Iron deficiency can cause anemia. Anemia or anemia is a lack of red blood cells. Some of the symptoms of anemia are: fatigue, weakness, weakness, dizziness, pallor of the skin, tachycardia (rapid heartbeat), sleep disturbance, sadness, depression… There are situations when we should increase the intake of iron in the body: after heavy bleeding, severe surgeries in who have lost a lot of blood, during pregnancy, heavy menstrual bleeding in women.

In smaller quantities, beef contains i calcium and magnesium. Calcium is an element responsible for strengthening bones, nails and teeth. Research has confirmed that it has a very favorable effect on nerves, muscles, digestive organs, metabolism…

Magnesium is one of the minerals we get through meat. Magnesium stimulates our metabolism and controls both muscles and nerves. The lack of this mineral can create big problems for our body – irregular heartbeat, muscle spasms, softening of bones…

And in the end, it is necessary to say that for the complete health of the organism, we need to eat as diverse food as possible, to be moderate in eating and drinking in order to be healthy and full of energy.