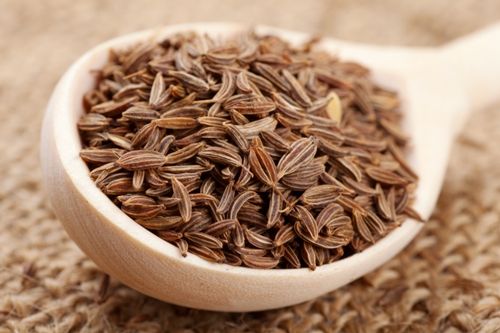 Caraway (lat. Carum carvi) is a grassy and wild cumin, whose inflorescences are umbrella-like, similar to fennel. It originates from the Middle East, more precisely from Asian countries with a colder climate, and is cultivated in various parts of the world. This plant is also known as Persian cumin. Cumin seeds have been used for centuries as a spice, but also to make tea, which is very valuable for human health.

In the rest of the text, we will learn about the benefits of cumin tea and read the recipe for its preparation.

What is included in cumin?

Cumin seeds are rich in many valuable ingredients, such as essential oils, tannins, mucilage and flavonoids. Its primary active ingredient is volatile oil, which consists of carvone and limonene, while the fruit consists of fixed oil, carbohydrates and protein.

What are the health benefits of cumin tea?

Cumin tea has healing and soothing properties. Since cumin is a carminative herb (plants that contain nutrients that relieve stomach aches and pains caused by gas), cumin tea can help with all digestive problems, such as heartburn, bloating, flatulence, gas, loss of appetite, stomach and intestinal cramps . In one study, cumin extract was tested on volunteers who suffered from various stomach problems. When the aforementioned study was completed, their condition had improved significantly.

Cumin tea is also used to help treat respiratory conditions like bronchitis. You can also drink this tea if you suffer from menstrual pain instead of analgesics. Even babies can consume cumin tea as it has been shown to be very effective in relieving stomach cramps. Of course, you need to consult a pediatrician first. This tea is also recommended for nursing mothers because it increases the amount of milk. It can also be used as a mouthwash, to improve circulation or as a skin cream.

How to prepare cumin tea?

One cup of cumin tea requires 350 ml of water and one tablespoon of fresh cumin seeds.

Pour the water into the kettle and boil until it boils. Place the indicated amount of cumin seeds in the cup in which you will drink the tea and pour boiling water over it. Cover the cup with a saucer and let it soak for at least 15 minutes. After 15 minutes, pour the tea into another cup through a strainer and get rid of the seeds. If desired, sweeten with honey, and you can also add mint to improve the taste.

You can also prepare cumin tea in another, faster way. Boil cumin seeds in water for 15-20 minutes. It would be best to leave the tea prepared like this to steep for a couple of hours or overnight, in order to get the maximum benefits from cumin.

You can also cook cumin tea in another, longer way, if you are able. This method involves preparing a large amount of tea and leaving it overnight, in order to increase its health benefits. If you want to prepare cumin tea in this way, do the following:

Pour three tablespoons of cumin seeds into a suitable container and cover with one liter of boiling water. Cover the container with an air-tight lid and leave the covered container to stand overnight. In the morning, strain the tea into a jar and remove the seeds. If desired, sweeten with honey.

Tea prepared in this way can be stored in the refrigerator for up to two weeks in a tightly closed container. Reheat it every time you want to drink it. Since it can sit at room temperature all day, you can make a dose of cumin tea every night before going to bed for the next day.

The optimal daily amount of cumin tea is 1 to 3 cups per day. Although no adverse effects of this tea have been reported, consuming excessive amounts of the volatile oil in cumin can cause kidney and liver damage.