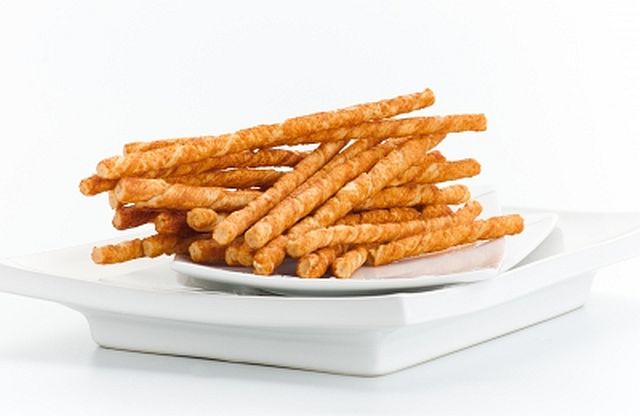 When it comes to the consumption of integral sticks, there is still a fierce debate among fans of these snacks whether this type of saltine is good and healthy for us or not, whether it helps us lose weight or not, and whether it is at all useful to consume them while maintaining child.

The basic composition of these sticks is first of all wheat flour, followed by wholemeal, rye or oat flour, which are represented in a certain percentage ratio. Then there are various additives such as various types of oil, palm, olive, sunflower, as well as numerous additives such as flax, sesame, peanut, but also spices such as salt, baking powder and various emulsifiers.

Precisely because of this, but also because, it seems to us, of the high caloric value for a diet, many people still perceive this type of snacks as fattening agents and because of which they would have to reduce their next regular meals if they had previously consumed snacks. However, there are also those who believe that it is better to eat integral sticks than to indulge in pastries and sweets, which certainly have more calories, and the seeds and fibers that these sticks possess can significantly contribute to our digestive system.

Depending on the composition and the amount of ingredients added to them, the energy value per 100 grams of these sticks varies and amounts to an average of around 400-500 calories, which, you will agree, is by no means small. When it comes to the composition, there are again variations, but in such foods, carbohydrates (50 grams) and fats, which are about 30 grams, are the most represented, and only then proteins and fibers, with 7-8 grams each.

If you are still a fan of chopsticks and believe that they can help you maintain your body mass and the quality of the digestive system, and you recognize them as a quality way of eating, instead of white flour, pastries, dough and sweets, here are a few recipes on how to make them yourself in your kitchen for yourself and your loved ones.

To prepare these healthy and tasty integral sticks, which can be used as snacks, with a drink or as an appetizer, you need:

Before preparing the dough, it is necessary to melt the margarine in steam and let it stand for a while to soften.

During this time, mix two types of flour, baking powder, salt, sesame, flax and add melted margarine to it. Mix the whole mixture, preferably with your hands, and slowly add the milk until you get an adequate mixture that you can later stretch into the dough. When you have the appropriate dough, put it in the refrigerator for 30 minutes. Turn on the oven at 200 degrees to heat it while you roll out the dough taken out of the refrigerator, cut it into bars and sprinkle with sesame seeds. Bake your sticks for about 20 minutes.

For our second recipe we need:

Combine all ingredients until a smooth, quality dough is obtained, which can then be rolled out to a thickness of about 1 cm. Then arrange it in a tray previously covered with baking paper, cut into bars of the desired length and width and bake at 200 degrees until they get a nice color and become crispy. Pleasant.

As a third recipe, we offer you healthy, lean, so-called detox sticks, which, in addition to being healthy, are also ideal for recovering the body after overeating during various celebrations. For this recipe we need 45 minutes, two large trays and the following ingredients:

– a teaspoon of baking powder

– 1 and a half teaspoons of salt

What we will mention first of all is that instead of a cup or as a measuring cup, you can use a 250 ml glass.

The preparation proceeds as for the previous sticks. You heat the oven to 200 degrees and during that time you prepare the dough by combining all the ingredients first with your hands, and when you get the right mass, divide it in half (for two baking sheets) and while you roll out the first half, the second half is waiting for you in the fridge. When you have rolled out the dough, cut it into equal sticks and put it in a baking tray to bake for about 15 minutes. The same procedure is with the second round.