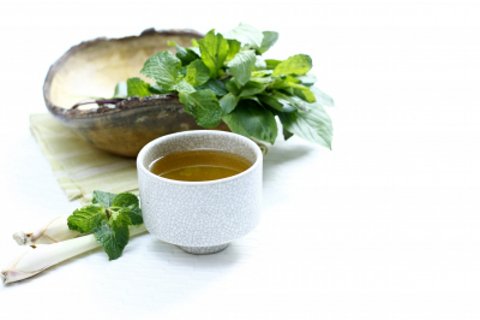 A mysterious plant that centuries ago was attributed magical and magical properties, it has been considered medicinal since ancient times, and was especially valued by Celtic druids and priests.

They believed that white mistletoe had healing powers and it was an integral part of their magical rituals. Old records testify that it was used as a medicine against epilepsy, and today it finds its valuable application in folk medicine, as well as in some conventional therapies.

White mistletoe, in Latin Viscum Album, grows on other trees as a parasitic plant and is recognizable by its white, otherwise poisonous berries. Its medicinal parts are the stem and leaves. It reproduces by birds carrying its seeds and scattering them on trees. White mistletoe seeds cannot otherwise germinate either in soil or in water. This sacred plant of the Celtic Druids is also popularly known as witch’s broom.

The best and most medicinal mistletoe is that which is collected from poplar, pine and some fruit trees. The leaves and thinner stems are harvested and dried from the beginning of October to the end of December, as well as from March to April. In other periods of the year, the plant has no medicinal properties. Dried parts of mistletoe are used to prepare medicinal tea.

Tea preparation – White mistletoe tea is prepared cold. A full teaspoon of mistletoe is left overnight in a quarter liter of water, warmed up a little in the morning and strained. If larger amounts of tea are needed, it should be stored in a thermos washed with hot water or heated in hot water each time.

What is mistletoe tea good for?

Since ancient times, mistletoe has been considered a cure for epilepsy, and it has been shown to have miraculous properties in the treatment of hysterical attacks, diabetes and other health conditions.

Diabetes and hormonal disorders – Mistletoe tea is an excellent natural preparation that helps people with diabetes to control the course of the disease and significantly reduce its symptoms. It is also great for balancing hormones.

Stroke – Mistletoe tea has a preventive effect on this health phenomenon, and also in therapy for people who have suffered stroke. It is recommended to drink three cups of tea a day for the first six weeks, then two cups for the next three weeks, and one cup twice a day for the last week, before and after meals.

Circulation and Heart – Mistletoe tea is excellent for relieving heart ailments and circulatory problems. Mistletoe contains ingredients that regulate blood pressure and works by lowering high blood pressure and vice versa. In this way, it effectively suppresses the unpleasant symptoms of irregular pressure, such as ringing in the ears, hot flashes and dizziness. Three cups of tea a day is an excellent prevention and cure for heart diseases and blood flow diseases.

Menstrual and hormonal problems – The effectiveness it has on the blood system is also of great importance for reducing menstrual problems, especially when it comes to excessive bleeding. It is also great for postpartum women. Mistletoe tea also successfully alleviates complaints related to climax, such as arrhythmias, rapid heart rate, hot flashes, panic attacks and other psychological symptoms.