You are here: Home / herbs oils / Mushroom broth (soup) recipe – how to make it 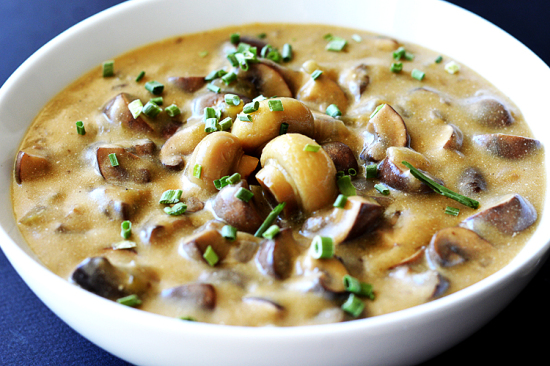 All fans of mushroom dishes know very well that a large number of specialties can be prepared from them.

One of these is mushroom soup.

As there are several recipes for preparing mushroom soup, we will share with you two, in our opinion, the best recipes. 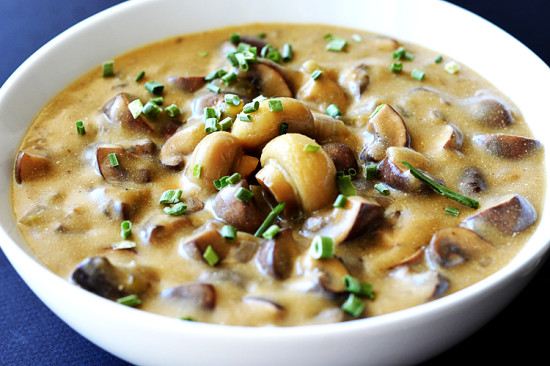 What do you need to prepare this variant of mushroom soup?

– 300 grams of champignons,
– One large or two small heads of onion,
– One soup cube (beef),
– Two to three tablespoons of sour cream,
– One teaspoon of finely chopped parsley,
– One tablespoon of butter,
– One tablespoon of flour,
– A little pepper (to taste),
– Vegeta or spice C (also in quantity according to taste).

First, clean and finely chop the mushrooms and onions. Then, pour one tablespoon of butter into a suitable pan and place the pan on the stove to heat the butter. When the butter is heated, first pour the finely chopped onion into the pan, and after two or three minutes, add the finely chopped mushrooms. With occasional stirring, fry the onion and mushrooms. When the liquid released by the mushrooms evaporates, add one tablespoon of flour, pepper to taste, veggie or seasoning C also to taste and one soup cube to the pot. Once you’ve done that, stir the contents of the pot and pour about 1 and a half to two liters of water over it (it depends on how thick you want the broth).

Cook the broth for half an hour, then remove it from the heat and add two to three tablespoons of sour cream and one teaspoon of finely chopped parsley.

To prepare this variant of soup with mushrooms, you need:

First clean the mushrooms and vegetables well and chop them as finely as possible, then fry them in hot butter. When the mushrooms and vegetables are fried, add two tablespoons of flour, a soup cube, vegeta or spice C to taste and pepper to taste. Mix it all, then pour over 300 milliliters of milk and half a liter of water and cook for about half an hour. After half an hour, remove the broth from the heat, put it in a blender and mix it (you can use a hand mixer instead of a blender), then return it to the pot and serve it while it’s still warm.

You will like the mushroom soup best if you eat it as hot as possible, so we recommend that you prepare it immediately before consumption.

However, it will not spoil its taste or quality even if you prepare it a couple of hours or a day in advance and heat it up. It is best if you serve it with toasted bread.

Instead of champignons, for the preparation of mushroom soup, you can use other types of edible mushrooms according to your taste. Something like that will not spoil the quality of the broth.