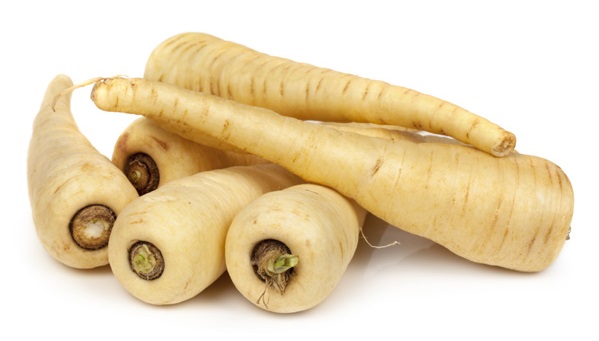 Parsnip or parsnip is considered one of the most valuable vegetable crops, and it has earned this place of honor due to its exceptional nutritional and medicinal properties. This medicinal whitish root is not officially recognized as a medicine in medical circles, and we mostly use it as an aromatic spice and healthy food. Parsnips are very easy and successful to grow, like other common root vegetable crops, together with carrots, parsley, beets and other vegetables. Parsnips are not represented nearly enough on our table compared to other vegetables, and due to their extraordinary properties, they should definitely be consumed more often and in other forms, apart from as a spice.

The plant parsnip or parsnip, Pastinaca sativa, has been used since ancient times in all kinds of ways, as a spice, as food and as medicine. It was still considered a very useful plant by the ancient Greeks and Romans, and an interesting historical story says that the Roman emperor Tiberius was so enchanted by this meaty, aromatic and medicinal root that he brought the plant all the way from the banks of the Rhine to his palace in Rome. Defeated Germanic tribes paid part of their taxes to the Roman Empire precisely in the paschanate.

Until the 18th century, parsnip was a regular staple on European tables, until it was unfairly supplanted by other vegetable crops, such as potatoes, celery and carrots. Parsnip was then used mainly as animal feed, and its beneficial properties continued to be valued only in the British Isles, where parsnip is still an obligatory addition to many vegetable dishes and salads. Today, parsnip is experiencing its return to the table, now that we are turning again to the forgotten precious plant crops in our daily diet and are increasingly being included in the preparation of healthy, nutritious and delicious recipes.

Parsnip is a resistant biennial herbaceous plant, which is characterized by a whitish, fleshy and spindly root, from which emerges a firm, furrowed, branched stem, with pinnate, oblong and toothed leaves. The plant blooms with small yellow flowers in shield inflorescences. Inflorescences develop in July and August, to form flattened greenish-yellow fruits after flowering. All parts of the plant have a characteristic aromatic smell and taste.

Nutritional composition – The aroma of parsnip is given by its natural aromatic oil, which is concentrated to the greatest extent in the fruits. The energy value of one hundred grams of the edible part of parsnips is equal to the same amount of milk, while its vitamin composition is similar to that of other root vegetables, similar to celery, carrots, parsley and others. Parsnip stands out from other root vegetables thanks to its high content of minerals, especially magnesium, copper, sulfur and iron. On the other hand, it contains little sodium, which makes it an excellent diet food.

Official medicine – The alkaloid pastacinin, which is found in all parts of this plant, is used as a medicine and is produced in pure form, even if the plant itself is not recognized as a medicinal plant in official medicine. Pastacinin is used in some countries as a medicine for angina pectoris, i.e. nervousness that causes constriction of blood vessels, then for stomach cramps and other health problems.

Folk medicine – The parsnip plant has been valued in folk medicine since ancient times, and the old records about its effect on wolf go back to the ancient testimonies of Roman and Greek writers and doctors. Mainly according to folk recipes, paskanata root is used as a spice, food and for preparing tea. Tea is also sometimes prepared from the leaves, but exclusively from wild varieties of parsnips, while the leaves of cultivated parsnips are considered useless as medicine.

Parsnips are planted and grown in a similar way to other well-known root vegetables. It is propagated by seeds, which are sown outdoors in March or early April, since the growing season lasts between five and six months.

Planting – The soil for planting parsnips should be deep, loose, moderately moist and permeable. Parsnip seeds are sown in the spring, and since they are characterized by weaker germination, they should be planted more densely. Fresh seeds must be used, because it often happens that the seeds from the previous year will not germinate. It is recommended to sow in the houses in groups of three seeds, with a distance between 15 and 20 centimeters. Parsnip sprouts quite slowly, and under ideal conditions only in about a week or 10 days, so it is often advised to plant radishes between them.

Maintenance of plantations – When the first plants sprout and develop four to five true leaves, they should be thinned out, so that one plant remains in each house. Parsnips should be hoeed shallowly, weeded regularly and watered if the weather is dry.

Collection and harvesting – The root of the parsnip is gathered in autumn, and lasts until spring. Technological maturity is recognized on the basis of yellowing of the leaves, although it is not problematic even if it is collected before the leaves wither. It is advised to do this after the first frost, because that is when the root tastes the sweetest. Parsnip fruits are harvested before they ripen and fall off on their own. The entire shield inflorescences are separated, hung to dry and when they are completely dry, the seeds are shaken out.

Yield – Parsnip is a very resistant plant, so it can be left on the bed until use and removed as needed, until spring. The roots can be removed from the soil after a long period of cold and stored in moistened sand. Parsnip is easy to grow and gives good yields, approximately between 4 and 6 kilos per square meter, it is grateful for maintenance and storage.

As we mentioned, parsnips have been used in human nutrition since ancient times, as food and medicine. In ancient times and during the Middle Ages, it was highly valued in European cuisine, until the eighteenth century, when it was suppressed by other cultures on the continental part of Europe. Today it is back in the big doors and used again with enjoyment. The following are several recipes for the use of parsnips and their medicinal properties.

Parsnip tea – Parsnip tea is an effective folk remedy, which especially helps with vitiligo, a disease that manifests itself through white areas on the skin, due to the absence of pigment. To prepare tea, you need:

A teaspoon of seeds is poured with boiling water and left to stand for an hour. Drink one cup four times a day, and after a month, take a one-week break, then continue with the therapy. Traditional healers believe that the treatment of this disease is long-term, and that it takes at least seven months. In addition to drinking, it is also used to coat depigmented areas of the skin.

Parsnip soup – Parsnip soup is nutritious and useful for weight loss, and also helps reduce cellulite. Due to its ingredients, it also has a diuretic effect, and it is rich in useful nutrients. Here is how it is prepared. It’s necessary:

Sauté leeks cut into strips in two tablespoons of oil, then add parsnips and diced potatoes. Pour water, add seasoning and cook covered until the vegetables are soft. Fry the flakes in the remaining two tablespoons of oil and add to the broth, and boil everything together a little more. Season the finished broth with salt and pepper to taste, then sprinkle with parmesan cheese.