You are here: Home / healthy food / Rye flour and recipe for rye bread

Rye is a grain that, in terms of its morphological structure, is most similar to wheat, with which it competed for centuries in the selection of grain for the preparation of bread and pastries. Rye is not as represented in the human diet, as is the case with wheat.

It originates from the western part of Asia, and was cultivated only around the fifth century BC, which is much later than other types of cereals. Today, rye is an increasingly popular grain in the production of bread and bakery products, and it has its place on the tables of Scandinavian and Eastern European cuisine. Russia, Poland, Canada, Denmark and China have the largest production of rye. 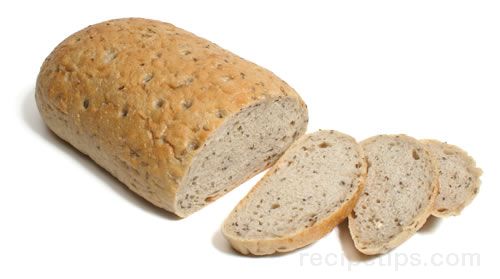 Rye is a very nutritious grain and rich in useful nutrients. Apart from corn and wheat, this is another grain that does not have a shell around the grain, so it can be used in its natural form, without processing. It contains 74% carbohydrates, 9.4% proteins, 1.8% fat, 1.8% minerals and useful vitamins. As for minerals, rye is rich in potassium, phosphorus, magnesium, iron, calcium, sodium and manganese, and as for vitamins, it contains important vitamins of the B complex.

It also contains a significant amount of nutritious fiber, which is particularly important for the feeling of satiety. Therefore, rye flour products are very suitable for people who are careful about their weight or who want to lose weight. Fiber is also important for blood sugar regulation, as it prevents high sugar levels, so rye is also good for people suffering from diabetes and cardiovascular diseases. In addition, the fibers from rye are very important for expelling toxins and waste materials from the body, which is why it is considered that rye is also good for the prevention of colon cancer.

Rye products are considered to be very suitable for menopausal women, as this cereal contains lignans, substances that act like plant estrogen. This phytoestrogen can to some extent replace the action of natural estrogen and relieve many symptoms of menopause. They help to reduce hot flashes, and can also reduce the activity of high estrogen, and are good as a prevention of breast cancer. According to some studies, it has been discovered that if rye flour products are included in the menu of postmenopausal women, they can greatly alleviate the problem of high cholesterol, pressure and similar cardiovascular problems.

Rye also has a beneficial effect on the entire nervous system. A particularly important role is played by manganese in rye, which helps the body to make better use of other useful substances, and is also a key component of enzymes that protect the body from free radicals. It is also important for bone health and the proper functioning of the thyroid gland.

Rye flour is used in a mixture with other flours and is most common in mixtures for making integral pastries. Since it does not contain enough gluten by itself, it is most often mixed with wheat flour. What is important to note is that the bread that we usually find in stores called “ražani” contains mostly about 30 percent rye flour and 70 percent wheat flour.

Rye bread is recommended for diabetics and people watching their weight, primarily because of its high fiber content. Rye flour digests more slowly and gives a much longer feeling of satiety. It also causes a much smaller insulin spike than wheat flour, due to its lower starch content, and is very suitable for diabetics.

How to recognize a rye flour product? Rye flour bread differs from wheat bread according to the quality of the gluten it contains. As gluten plays a key role in keeping the starch molecules from sticking together, it contributes to the airy appearance and soft texture of the wheat pastry, which contains it to a much greater extent. Since the quality of gluten in rye flour is poor, and the proportion of gluten is small, bread made from rye flour becomes hard and dense.

Rye flour bread can be prepared in several ways, and Scandinavians specialize in particularly tasty recipes. Thus, in Finland, rye bread is prepared with butter, yeast and beer or with boiled potato water. Swedes like to prepare aromatic rye bread with orange peel or ground anise, cumin and fennel seeds. In Britain, rye flour lovers knead bread with dried figs and fennel. Rye bread can be unleavened, and it is also one of the important foods of chrono cuisine.

Mixed rye homemade bread – Rye flour bread is prepared from a mixture of rye and wheat flour. Instead of buying bread from a store or bakery, it can be easily prepared at home. Rye flour has numerous advantages for our health, and it is definitely recommended to include rye bread in the daily menu, instead of ordinary white bread. For preparation you need:

Mix yeast, sugar and water, and separately mix both types of flour and salt. When the yeast melts, mix it with flour and add vinegar. Make a fine, smooth, non-sticky dough. Leave it covered for about 40 minutes, then knead and form into a loaf. It is best to let it stand for another hour in the baking pan, and then bake it at 200 degrees for about an hour. Cover with foil about halfway through baking, so that it does not burn. Leave the finished bread to cool and cut into slices.