The Vilijamovka pear (Viljamovka) in our region was named after the name of the variety in English (Williams), because it originates from Great Britain. In America, she is called Bartlett. Vilijamovka is one of the oldest varieties, and it is the most widespread in the world, so it is called a cosmopolitan pear.

The fruits of Viliamovka are large (weighing about 200-250 grams), light green to light yellow in color, i.e. they turn yellow as they ripen, and sometimes the side of the fruit that was facing the sun can be reddish. The fruit is bell-shaped, bumpy on the underside, has a sweet taste, a musky smell, and a creamy texture, so much so that it melts in your mouth. The skin of the fruit is uneven and shiny. From the initial variety, many others have been developed, and the most common here are yellow and red. 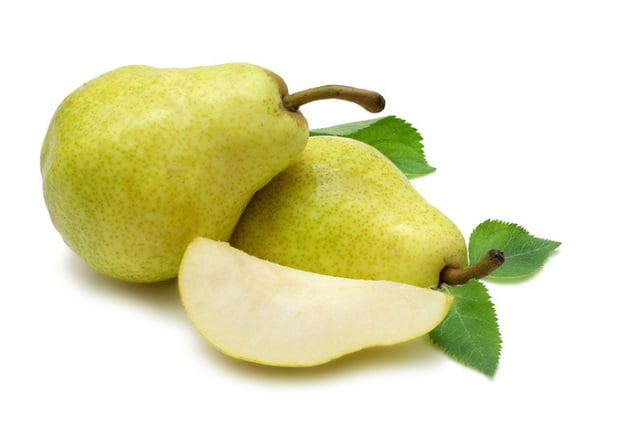 Sensation Vilijamovka, obtained by mutation of the Max Red Bartlett variety, is also popular. Vilijamovka pear is used as a table fruit, but also for making the popular Vilijamovka brandy. It is very suitable for making juices, perhaps even more suitable than apples.

Seedlings can be grafted onto seedlings of quince (MA and BA), hawthorn, as well as wild and tame pears. Seedlings that have not been pruned are about 2.5 meters tall, with premature branches. It is recommended to buy certified seedlings, with the so-called with a “blue label”, and such seedlings are bought in registered nurseries, which have documents on the health and correctness of the seedlings themselves. When you buy a seedling, it is necessary to process the root (purify it from damaged parts), then put it in the already prepared excavated soil and plant it, then cover it. Each seedling should be watered with 1.5 liters of water.

Fertilization is done by plowing a furrow that is dug at a distance of 70 cm from the row where the seedlings are. It is preferable to irrigate the seedlings with mini-sprinklers, but irrigation should also be carried out during the growth of the fruits, especially in times of drought. The soil is moistened to a depth of 45 cm.

The Vilijamovka adapts well, is fertile and has good reproductive quality. Suitable for different cultivation methods. Well-drained, sandy or loamy (or mixed) soil with nutrients, without chlorine, is most suitable for it. The soil should also be moderately acidic, i.e. its pH should be from 5.5 to 7.0. Vilijamovka tolerates excessively long winter frosts, and blooms in early spring, when, if temperatures do not exceed 0°C, the future fruit may be destroyed.

But when the full flowering phase has passed, there is no fear that the fruit will be destroyed, even if the temperatures are too low. Vilijamovka does not tolerate excessively high temperatures, but it is comfortable up to 34°C. In the spring, the plants should be pruned. Blooms mid to late. It is a diploid species, so pollinators are necessary, such as Paca’s, Klap’s, Bosco’s flagon, Drusvetka and Konferans.

You should avoid spraying Viliamovka with systematic fungicides such as Rubigan, Saprol and Topaz, because they cause fruit rejection. The most important thing is to spray with fungicides against sooty scab, because these fungicides protect Vilijamovka from other diseases at the same time. Nevertheless, Vilijamovka is a fairly resistant variety and is not attacked by diseases too often, but it is still attacked by pests, such as pear flea, aphids, shield lice, pear wasps, pear bugs, cutworms, pear flower eaters, root beetles, pear leafhoppers, pear leafhoppers, pear woodpecker, coneflower, etc. Pear diseases are pear sooty scab, pear rust, bacterial blight, leaf spot, leaf blight, canker and viruses.

The Viliamovka tree is of medium luxuriance, and in addition to bearing well, the crop arrives early, is regular and abundant. Harvesting is done at the end of August. Viliamovka pear should be picked when the fruits reach their standard size and greenish-yellow color. After picking, the fruits should be stored in the rooms where they ripen, for which they need up to 3 weeks, or in refrigerators containing CO2, because then the remaining starch turns into sugar and the taste of Vilijamovka comes out even more. We know that a pear is ripe when it separates from the stalk, softens, and its color turns straw-yellow. William pears can be stored so that they remain ripe for another 5 months. However, the process should be monitored, because the skin and seed may turn brown during storage.

According to the number of trees, Vilijamovka ranks third in fruit production. The yields are varied and depend on the density of planting, the number of trees and applied agrotechnical measures. In 1924, the yield per tree was only 20 kg, and today those figures are much higher. There can be 20 tons of yield per hectare (however, that also depends on the number of satabalas, sometimes that number is higher and sometimes lower). The pear bears fruit very quickly from the beginning of cultivation, so already in the third year we can have a yield of 10 tons or even more.